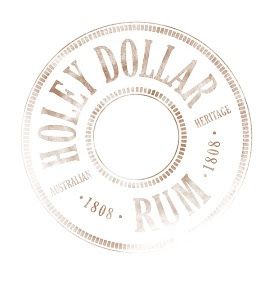 For the first time in its 40 year history judges at the prestigious International Wine and Spirits Competition www.iwsc.net have awarded the coveted title of Worldwide Distiller of The Year to an Australian company. The Holey Dollar Rum Distilling Company submitted three entries to the competition: Silver Coin – Premium; Gold Coin – Overproof; and Platinum Coin – Cask Strength. All were awarded Gold Medals and voted Best in Class for each category. In addition the overproof Gold Coin was awarded the highly sought after Trophy for Best Rum of the competition. “We were over the moon beating 84 of the best rums in the world to receive the trophy” says Master Distiller Stuart Gilbert, “but to be appointed “Worldwide Distiller of The Year” the highest accolade for the time ever presented to a rum company and is the “Holy Grail”.

Gilbert attended the banquet dinner at the famous Guild Hall in London on 26th November to accept the “IWSC Trophy for Worldwide Distiller 2009” together with “The IWSC Trophy for Best Rum” and three Gold Medals which has set an un-precented record for any company or brand to take the highest possible awards for all their products.

Holey Dollar Rum Distilling Company was formed in 2008 coinciding with the 200th Anniversary of the 1808 ‘Rum Rebellion’ which was a defining moment in the development of our unique Australian character. It was conceived over lunch between Gilbert and Tony Stubley a director of Southtrade International who specialises in the distribution of quality spirits. “We agreed that there was a serious lack of great quality rum available in Australia for the Australian consumer” says Stubley.

Using the wide range of experience that he had accumulated as a consumer, Distiller and also an International Judge of rum, Gilbert set out to develop a blend that would do justice to the legacy of our first hardened settlers and the concept of ‘mateship’ which grew from them. Settling on a predominantly “Pot Still” blend with extra aging in small oak barrels. His endeavours have now been rewarded with a unique rum of exceptional character and flavour.

Its exceptional rum available at a price that allows all Australian’s to enjoy three of the best rums available from anywhere in the world. NOW the Australian consumer is the winner too.