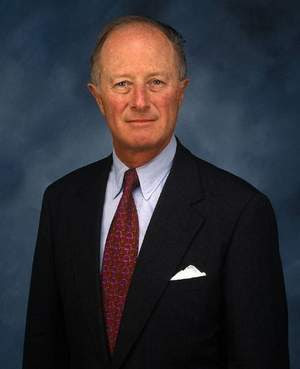 (by Shanken News Daily) Owsley Brown II, former chairman and CEO of Brown-Forman, died late Monday after a brief illness. He was 69. A great-grandson of Brown-Forman’s founder, Brown entered the family business in 1968, was appointed CEO in 1993, and, two years later, was named chairman. Under his leadership, the company was able to significantly expand the international presence of many of its brands—particularly Jack Daniel’s, Southern Comfort and Finlandia—as well as modernize its marketing approach. Brown retired from the role of CEO in 2005, withdrew as chairman in 2007, and left B-F’s board of directors in 2008.
In addition to his corporate roles, Brown was recognized for his philanthropic efforts. He served as fund chairman and president of the Greater Louisville Fund for the Arts, as well as a board member of several organizations, including the Actors Theatre of Louisville, River Fields, Inc., the J.B. Speed Art Museum, the Kentucky Center and The Partnership for Creative Economies. Brown is survived by his wife Christy, his three children Owsley III (Victoire), Brooke Barzun (Matthew) and Augusta Holland (Gill), and nine grandchildren. “Owsley was a personal friend to so many of us across the world, and we are all shocked and saddened by his premature death,” said Brown-Forman chief executive officer Paul Varga.
Posted by Luis Ayala at 5:52 PM