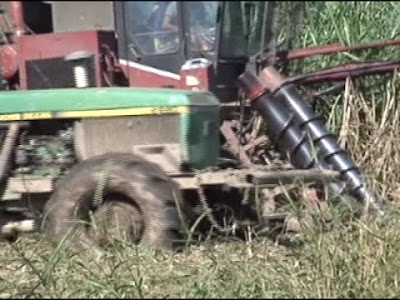 (this article was written by Olivia Vidal with KPLC 7News which was posted on December 28, 2011- permission was granted to post this article)

JEFF DAVIS PARISH, LA (KPLC) -
A rum distillery is in the process of being built in Lacassine by a local company called Louisiana Spirits.

The company will use resources like sugar cane and other Louisiana product to make a Louisiana-made rum.

President of Louisiana Spirits Trey Litle said starting a distillery like this was a dream of his, along with his brother and friend.

Litle said he's been in the spirit business going on 10 years now.

But putting his dream to reality wasn't easy.

Construction has begun on the facility, but the zoning for the commercial property right off the I-10 exit at Lacassine was zoned incorrectly.

The Jefferson Davis Parish Police Jury had to approve this change and they did so at their meeting the night of Wednesday, December 28.

Executive Director for Jeff Davis Parish Economic Development Marion Fox said now that the zoning change has been approved, the plans for the rum distillery can move forward.

"It's a go!" Fox said. She said this type of facility will help boost economic development as well as tourism.

"It's a Louisiana product and that means everybody wants to come to Louisiana to eat, and to listen to music and now to drink Louisiana rum," Fox said.

The rum distillery will provide up to 25 full time jobs at first. In January the Louisiana Spirit website will be up and running and the design plans will be released.

Click HERE for the complete story. Please visit us at The Rum Shop for all your rum-related needs, including purchasing rum on-line, rum recipes, rum tasting notes, rum event information and rum consulting services. "Got Rum?" Magazine is back in circulation, get your free copy HERE.
Posted by Luis Ayala at 7:29 AM

It is great to see these local distilleries pop up making high quality spirits with local ingredients.