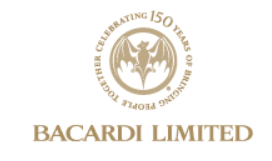 (by Shanken News Daily) Bacardi Limited will celebrate the 150th anniversary of its eponymous rum brand this year with a series of events and the release of a $2,000 limited-edition bottle of rare Bacardi rum. Eight former maestros de ron, all Bacardi family members, created Ron Bacardi de Maestros de Ron, Vintage, MMXII, a blend of rums aged in oak barrels for over 20 years. The luxury offering will be released in 500-ml. crystal decanters presented in leather cases. Some 400 bottles will be available for purchase in selected retail stores and international airports. The company’s anniversary will also include birthday parties thrown around the world, beginning in Germany on January 28, as well as airport displays and a global cocktail competition.
Posted by Luis Ayala at 3:53 PM