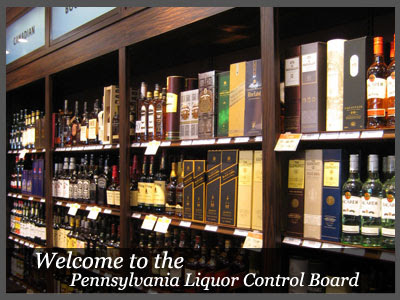 (by Shanken News Daily) When voters in Washington state approved a referendum to end state control of beverage alcohol sales late last year, all eyes turned to Pennsylvania, the largest control state in the United States by volume. Indeed, the Pennsylvania Liquor Control Board (PLCB) is the largest purchaser of wine and spirits in the U.S. and has sales of $1.5 billion generated from 609 state-operated stores.

Currently, Pennsylvania is one of only two states (the other is Utah) that owns and operates wholesale and retail sales of wine and spirits. Unlike Washington, Pennsylvania doesn’t have binding referendums, so the route to privatization would simply be for a bill from the legislature to be signed by the governor. Pennsylvania Governor Tom Corbett has indicated he would sign such a bill. Shanken News Daily recently spoke with the PLCB’s CEO, Joseph Conti, about the likelihood of privatization and overall efforts to modernize sales of beverage alcohol in Pennsylvania.

SND: What’s your view of privatization, and do you think the Pennsylvania legislature will move forward with the privatization bill?

Conti: House Majority Leader Mike Turzai’s House Bill 11 was amended before the House of Representatives adjourned for the holidays. It’s still part of an active legislative agenda. Rather than proposing 1,250 retail outlets in the original version of HB 11, the amended version offers the opportunity for 1,200 additional beer distributors to sell wine. There’s a proposed $50,000 upfront fee for a license and then a $15,000-a-year licensing fee.

SND: How significant is the consumer movement toward privatization in Pennsylvania?

Conti: In polls, 50%-60% of Pennsylvanians favor deregulation. Back in the ’80s and ’90s, there was much more public support—around 95%—for deregulation. So there’s not the enthusiasm we saw 20 or 30 years ago. That’s thanks to the PLCB’s various initiatives over the years.

SND: What’s the best argument for maintaining the status quo in Pennsylvania?

Conti: First, we are a significant asset that has $1.5 billion in sales and was able to generate $80 million in profit last year and cover all expenses for our operation. We also collect $400 million in taxes annually. So you have the benefits of a nice return for Pennsylvania taxpayers, and then you have the public safety issue. We think there’s a lot of merit in the controlled nature of wine and spirits sales.

SND: What are the latest developments in the modernization of the PLCB?

Conti: Beginning four years ago, the board conducted research to determine what consumers wanted in our stores. One thing that emerged from that was our center tables, which are a combination checkout with two to four registers, along with a manager’s office that’s visible to the public and a tasting bar at the end. That’s our new look. The store concept itself also has been revamped in terms of visuals—mainly by having fewer case stackings and displaying the bottles out of their cases. That has met with great consumer success, and we’ve seen nice increases in retail sales at our three or four prototypes. We’re now rolling this out across all 609 stores over the next two to five years. We also have a new website, finewinesandgoodspirits.com. We think we have a great future in e-commerce.

Click HERE for the complete story. Please visit us at The Rum Shop for all your rum-related needs, including purchasing rum on-line, rum recipes, rum tasting notes, rum event information and rum consulting services. "Got Rum?" Magazine is back in circulation, get your free copy HERE.
Posted by Luis Ayala at 7:04 PM