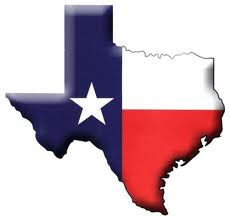 (by Shanken News Daily) Competition at the Texas retail tier, once a local affair, continues to escalate into an intense statewide battle. Texas is already the biggest state for alcohol sales behind California, and unlike much of the country, it’s in economic expansion mode. State economic trends, along with population gains and liberalized alcohol laws, have enticed retailers to boost their presence dramatically.

Houston-based Spec’s was operating about 100 stores at the start of the year. By July 1, Spec’s is projected to have around 135 units, with more expected later this year. That’s nearly double the 71 stores Spec’s operated at the end of 2010.

“Houston has always been a competitive market,” says John Rydman, owner of Spec’s, pointing to rivalries with grocery chains like Kroger, which markets wine and beer. “The only market that wasn’t particularly competitive was Dallas. It was under a bubble, but now that is changing.”

Local option elections in Dallas in recent years have transformed formerly dry areas into markets where wine and beer, at least, can be sold for off-premise consumption. Those revised selling laws have changed the Dallas retail landscape, as grocery and convenience stores have added beer and wine, while package store operators from other Texas markets—including Spec’s and San Antonio-based Gabriel’s—have entered Dallas.

Ronnie Gabriel, president of the 53-unit Gabriel’s chain, expanded into Dallas last year. “We did it to keep up with the times,” Gabriel said. “You’ve got to watch out for what the future might bring.” Gabriel’s now leases space and manages the liquor department within a newly opened Sam’s Club in Dallas.

Total Wine & More entered Texas in June, opening a store in Dallas, less than a mile from a newly launched Spec’s. Billed as “a new generation concept for the company,” the Total Wine store will have “the largest selection in Dallas,” Total Wine claims. Company president and co-owner David Trone recently told Shanken News Daily that Total Wine is scouting other locations in the Dallas/Fort Worth market, with a new location expected to open in the fall. Total Wine is looking to open stores statewide, targeting metro markets such as San Antonio.

Texas liquor store operators are now bracing for the entry of other major out-of-state players. Trader Joe’s plans four stores in the Dallas metroplex this year, including a location on Hulen Street in Fort Worth that opened June 15. A Trader Joe’s will open in Plano (Preston Road) in early September, followed by two Dallas locations (Greenville Avenue and Preston Hollow Village) in the first quarter of 2013. Trader Joe’s also opened a store in the Houston area (The Woodlands) on June 15 and plans other openings in Houston and San Antonio this year, as well as a launch in San Antonio that’s slated for 2014. All those stores will offer beer and wine.

Meanwhile, Texas continues to liberalize its selling laws. New state laws passed in 2003 and 2005 made it easier for pro-alcohol initiatives to get on the ballot in Texas, creating a surge in statewide local option elections. According to the Texas Alcoholic Beverage Commission, there were some 545 elections attempting to legalize beverage alcohol sales in some form between 2004 and 2011, with a success rate of 77%. During that period, only two communities have voted to prohibit the sale of alcoholic beverages. Recent local option elections in May saw Texas voters pass 13 ballot initiatives to allow and/or extend alcohol sales in previously dry or damp Texas cities, representing a 100% passage rate for alcohol initiatives on the ballot.

All those changes have altered the playing field. “The wet-dry line (in Dallas) is now non-existent for beer and wine, and grocery stores have been quick to add wine,” says Eric Sorensen, owner of PK’s Fine Wine & Spirits, which has four locations in the Dallas market.

Austin Keith, owner of the Pinkie’s chain of package stores in western Texas, sympathizes with the likes of Sorensen. A few years ago, the city of Lubbock moved from dry to totally wet for off-premise beverage alcohol sales. With Pinkie’s stores located just outside the Lubbock line, the chain expected a big hit. Rather than stand pat, Keith opened three stores in Lubbock—a move he says has paid off.

As of May, Texas had 46 completely wet counties (allowing sales of beer, wine and spirits on-premise and off)—up from 35 in 2003—and 22 completely dry counties, where no alcohol sales are allowed. The remaining 186 are “damp”—where some alcohol sales are permitted, with limitations.
Posted by Luis Ayala at 1:06 PM

Hey I’m Martin Reed,if you are ready to get a loan contact.Mr Benjamin via email: lfdsloans@lemeridianfds.com,WhatsApp:+1 989-394-3740 I’m giving credit to Le_Meridian Funding Service .They grant me the sum 2,000,000.00 Euro. within 5 working days. Le_Meridian Funding Service  is a  group investors into pure loan and debt financing at the  returns of 1.9% to pay off your bills or buy a home Or Increase your Business. please I advise everyone out there who are in need of loan and can be reliable, trusted and capable of repaying back at the due time of funds.