(by Shanken News Daily) Pernod Ricard USA has unveiled Malibu Sunshine, a citrus-infused addition to its Malibu flavored rum range. Priced at $12.99 a 750-ml., the new lemon-lime offering will also be available in 50-ml., 1-liter and 1.75-liter formats. Malibu Sunshine follows the recent debut of Malibu Red, a higher-proof rum-Tequila hybrid priced above Malibu’s core brand. After reversing a decline in 2010 with 1.9% growth, Malibu rose 5.6% in the U.S. last year to 1.7 million cases, according to Impact Databank. The brand does approximately half its global business in the U.S.
Posted by Luis Ayala at 1:05 PM No comments: 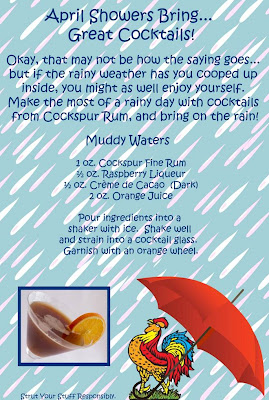 Posted by Luis Ayala at 1:30 PM No comments:

(by Shanken News Daily) Diageo has inked a multiyear deal with the Texas Rangers to sponsor the Captain Morgan Club, a new restaurant and sports bar at the Rangers Ballpark in Arlington. The 9,000-square-foot, two-story venue, expected to be open in the first week in April for the start of baseball season, will seat 230 guests and feature a full-service bar with Diageo-branded products. Diageo has been a Rangers corporate partner since 1999 and has had naming rights to the Cuervo Club, a similar concept at the stadium, since 2001.
Posted by Luis Ayala at 1:23 PM No comments:

New York, NY (March 15, 2012) – The annual Ultimate Spirits Challenge (USC) was held at Astor Center in New York City on March 5-9, 2012. Ultimate Beverage Challenge LLC, the sponsoring company, proudly announces the top spirits in more than 30 categories. USC began with a record number of contestants as more than 650 spirits were entered (up 15% from 2011) from more than 70 companies and 30 countries around the world.

Said UBC Founder F. Paul Pacult, “Since we started Ultimate Spirits Challenge we have seen double digit growth in number of entries each year. Whether a product receives a Chairman’s Trophy Winner, a Finalist or a regular score, USC entrants are able to use their credible scores and insightful tasting notes to market and sell their products to bars, retailers and ultimately the consumer. USC is in the business of helping spirits companies achieve their sales goals, not by pandering to false aspirations but by telling the truth. With USC, you know the score.”
Judges for USC 2012 were: Chairman F. Paul Pacult, Co-Chairman Sean Ludford, Jacques Bezuidenhout, Tad Carducci, James Conley, Dale DeGroff, Doug Frost, MS, MW, Jim Meehan, Steve Olson, Julie Reiner, Jack Robertiello, Andy Seymour, Marcos Tello and David Wondrich.

(Press Release sent to us by Savona Communications)
Posted by Luis Ayala at 8:18 AM No comments:

(by Shanken News Daily) Just days after naming a new global chief executive, Bacardi says it’s planning a raft of new products for the U.S. market. The spirits giant’s president for North America, Robert Furniss-Roe, speaking yesterday at the Reuters Food and Agriculture Summit, said Bacardi intends to enter the U.S. Cognac category early this summer as part of an effort to tap into the growing brown spirits trend. Furniss-Roe declined to provide specifics on the Cognac launch, but Bacardi does own the Baron Otard label, which isn’t currently available in the U.S. Cognac shipments to the States rose 3.6% to the equivalent of 3.77 million cases last year according to the BNIC, though they’re still well below the pre-recession peak of 3.9 million cases.

Meanwhile, Bacardi is prepping new extensions for both its flagship rum brand and Grey Goose vodka. Grey Goose will soon add its fourth flavor, Cherry Noir, which joins lemon, pear and orange in the brand line. Grey Goose’s U.S. depletions rose 1% to 3.4 million cases last year, but the brand was leapfrogged as the market’s second-largest imported vodka (after top-ranked Absolut) by lower-priced Svedka, according to Impact Databank.

The Wine Group Enters Rum With Flipflop, Low-Cal Cocktails With Lulu B

(by Shanken News Daily) Extending its foray into spirits, The Wine Group (TWG) has entered the rum and low-calorie premix cocktail categories with the launch of Flipflop rum and Lulu B. Fabulous Cocktails, respectively. An extension of TWG’s fast-rising Flipflop wine range, Flipflop rum features both silver and spiced expressions, priced at $13.99 a 750-ml. and $22.99 a 1.75-liter. The rums are currently shipping into select U.S. markets. Flipflop rum follows the 2010 rollout of Flipflop wines, which last year shipped 600,000 cases in the U.S., according to Impact Databank. “Rum is a large and growing spirits segment, and a logical next step in Flipflop’s evolution,” says Jeff Dubiel, EVP of marketing for Flipflop.

Lulu B. Fabulous Cocktails, meanwhile, are a spin-off of the Lulu B. wine brand, owned by Montreal-based Kruger Wines and Spirits and marketed by TWG in the U.S. TWG subsidiary Underdog Wine & Spirits will import the newly launched premix range, which features Chocolate Martini, Margarita, Cran Cosmo and Mojito cocktails, each with 37-48 calories per serving. Retailing for $14.99 a 750-ml., Lulu B. Fabulous Cocktails are priced in line with Beam’s Skinnygirl cocktails, which reached 586,000 cases on nearly 300% growth last year (Skinnygirl’s flagship Margarita weighs in at 38 calories a serving). The full Lulu B. cocktail lineup will be available nationwide by April 1.

(by Shanken News Daily) Destileria Serralles has named Haleybrooke International as its exclusive travel retail agent in the Americas, covering the U.S., Canada and other select markets. The primary focus will be on Serralles’s Don Q rum brand, especially its high-end Don Q Grand Anejo variant, which sells for around $60 a bottle. Don Q has been rising fast in the U.S., with sales up 16% to 220,000 cases last year, according to Impact Databank.
Posted by Luis Ayala at 10:53 AM No comments: 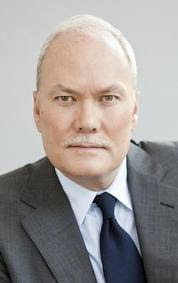 Shirley will be based at Bacardi headquarters in Bermuda, and he starts his new job on Monday. He replaces the retiring Seamus McBride, who has been Bacardi’s president and CEO since September 2008.

Bacardi Limited chairman Facundo Bacardi said in an exclusive interview that the search for McBride’s replacement took about nine months and that the move was aimed at coinciding with the company’s fiscal year-end of March 31.“This timing made the most sense, so Seamus’s successor could start off with a new fiscal year,” he said.

“We were looking for somebody who understands premium brands, who has international experience and also has experience marketing both mass-brands and luxury brands, as well as someone able to transform their own culture,” Facundo Bacardi added. “We did consider our internal group, but the general feeling was that we were a couple of years away from being able to select somebody internally.”

Shirley, 55, began his tenure at P&G in 2005 after it acquired Gillette, where he had worked for 27 years. As head of P&G’s beauty and grooming unit, Shirley led a portfolio with $38 billion in sales and $6 billion in profits—and a brand portfolio including Gillette, Braun, Old Spice, Oral-B, Crest, Pantene, Olay, Hugo Boss and Gucci fragrances and Dolce & Gabbana fragrances and makeup. Shirley led a reorganization of the unit, which included moves to make it consumer-focused by regrouping the portfolio into female and male products and increasing the presence of high-growth, high-margin brands. Under his direction, the previously struggling P&G unit delivered seven consecutive quarters of sales growth.

Prior to heading up the beauty and grooming unit, Shirley served as P&G’s group president, North America. Shirley retired from P&G last July.

Regarding the key priorities for the new president and CEO, Facundo Bacardi said the clear focus would be the core portfolio—the Bacardi brand, Grey Goose and Dewar’s. “We need a strong, deeper focus on our core brands going forward, we need the U.S. market to grow at a faster pace, and we need to continue evolving our emerging markets strategy,” he added.

Facundo Bacardi praised Seamus McBride’s help during the transition and his contributions to the company. “During his three and a half years, Seamus kept us on the path toward our over-arching goal, which is to be recognized as the best in class spirits company,” he said. Noting McBride’s accomplishments, Facundo Bacardi cited a company-wide reorganization that better leveraged the operating structure, an optimized resource allocation model and an improved U.S. sales force. “Seamus transformed our marketing capabilities by developing a very strong global marketing function that added innovation capabilities,” he said. “A good example of that is our recent launch of the OakHeart rum brand, which had a global rollout in 26 different countries. We didn’t have that ability before Seamus. And he also developed a strong and talented bench for us in the future.”

Facundo Bacardi added that while the company “did look within the spirits industry, we thought we could bring added expertise from an individual with a successful career in the consumer product space. But frankly, there wasn’t any requirement that knowledge of the spirits business would be essential.”
Posted by Luis Ayala at 6:28 AM No comments:

(by Shanken News Daily) Martinique-based Rhum Clement has introduced new packaging for its Première Canne white rum, in line with the company’s 125th anniversary. The new bottle, which was redesigned to look more contemporary as well as reflect the brand’s lineage and history of rum making, recently started shipping. Priced at $29.99 a 750-ml., Première Canne (40%-abv) is one of the newest releases to the Rhum Clement line, which also features Créole Shrubb, V.S.O.P., Cuvée Homère and X.O. The brand is distributed in the U.S. by Clément USA Inc. and is available nationally.
Posted by Luis Ayala at 11:43 AM No comments: