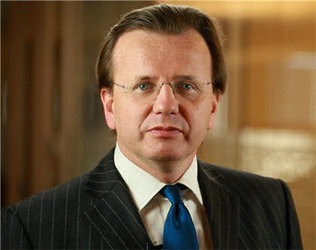 (by Shanken News Daily) Bacardi Ltd. has named Robert Furniss-Roe as president of Bacardi North America, succeeding John Esposito, who is retiring. Furniss-Roe most recently was regional president of Latin America and vice president of global sales. He will be based in the company’s Americas headquarters in Coral Gables, Florida.

Since joining Bacardi in 1989, Furniss-Roe has held numerous marketing and management positions around the world, including in the U.S. market. Bacardi cited a number of Furniss-Roe’s achievements in his 20-plus years at the company, including driving strong growth in Russia, developing new markets such as India and heading up global marketing for several of Bacardi’s top brands.

Furniss-Roe’s previous titles at Bacardi include chief of staff at Bacardi Ltd., vice president of corporate responsibility, interim regional president of Europe, area director for Russia/CIS/Poland, vice president of global marketing and area director for Asia-Pacific, as well as senior marketing roles in Asia, France and the United States. Prior to joining Bacardi, Furniss-Roe held marketing positions with Dunhill and L’Oreal. “Robert possesses an extraordinary mix of industry knowledge, deep understanding of our company and entrepreneurial spirit in both global and regional marketplaces that will have tremendous impact in the North America region,” said Bacardi Ltd. president and CEO Séamus McBride.

With John Esposito’s retirement, the drinks industry loses one of leading figures of the late 20th and early 21st centuries. Few executives can boast the diversity of his experience. In more than three decades in the business, Esposito has worked as a retailer, distributor and supplier—serving with distinction at all three tiers of the industry.

Esposito literally grew up in the drinks business, hailing from a family of New York City liquor retailers. His first job was managing the family business. In 1977 he joined the Seagram Co. Ltd. and rose to become vice president and national sales manager of the Seagram Wine Co. In 1989, Esposito moved to W.A. Taylor & Co., the Miami-based unit of the old Allied Domecq, becoming vice president and director of sales. From there he entered the distribution tier as president of Charmer Sunbelt’s Florida unit, Premier Beverage Co.

In 1992, Esposito joined Schieffelin & Somerset (the former U.S. marketing joint venture between Diageo and LVMH) as senior vice president of national sales. Seven years later, he was named president and CEO. When Schieffelin & Somerset was dissolved in 2004 and became Moët Hennessy USA, Esposito was named president and CEO of the newly formed company. During this long period, he drove the portfolio—including Hennessy, Grand Marnier, Moët & Chandon and Veuve Clicquot—to unprecedented heights. Hennessy, for example, saw its volume triple from 1995 to 2005, rising from 745,000 cases to 2.1 million cases.

Esposito became president and chief executive of Bacardi USA in May 2006, as the parent company sought an executive with upscale brand marketing experience to drive a newly revitalized portfolio that included Grey Goose vodka, acquired two years previously. Under Esposito’s leadership, Grey Goose has retained leadership of its segment, even in the face of a tough on-premise scene of recent years. Innovation dramatically increased elsewhere at Bacardi, with the flagship rum brand’s flavor portfolio expanding dramatically. Bombay Sapphire, meanwhile, continues to spearhead gin’s role in the cocktail renaissance as it steams toward the million-case mark, while other brands including Dewar’s, Cazadores and Disaronno remain key players in their respective categories. Overall, Esposito played a major part in moving Bacardi into the modern drinks age, nurturing a balanced portfolio of rum, vodka, Scotch, Tequila and other products. At both Bacardi and Moet Hennessy, he helped spearhead the U.S. market’s premium spirits renaissance—which began nearly two decades ago and continues today.

Please visit us at The Rum Shop for all your rum-related needs, including purchasing rum on-line, rum recipes, rum tasting notes, rum event information and rum consulting services. "Got Rum?" Magazine is back in circulation, get your free copy HERE.
Posted by Luis Ayala at 8:49 AM