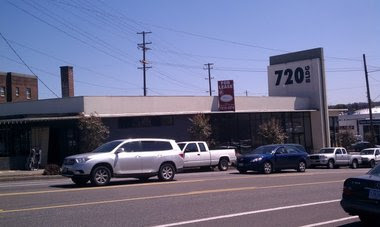 (By Michael Russell, The Oregonian) When you own a bar as well received for both its cocktails and food as Beaker & Flask, what do you do next?

If you're owner Kevin Ludwig, you open a bar that's just a bar. Low light. Classic cocktails. Simple food; dishes that complement what you're drinking without stealing the spotlight.

Ludwig and partner Mike Shea (a former bar manager at the Doug Fir and Ludwig's best friend) have done just that. Their Rum Club is set to open Tuesday in a little wedge of a space at the top of the same block of Sandy Boulevard as Beaker & Flask.

"Rum Club is based on a bar we grew up in back in Pittsburgh, Penn., that Mike and I used to go to," Ludwig says. "It's going to be open during the day and it's going to be kind of dark."

Rum Club's focus will be on classic cocktails -- Ludwig is mining old Trader Vic's recipes for inspiration, but says the bar won't be Tiki-themed. "We'll have interesting classics that you haven't seen before, but we don't want to compete with Beaker," he says.

Click HERE for the complete story. Please visit us at The Rum Shop for all your rum-related needs, including purchasing rum on-line, rum recipes, rum tasting notes, rum event information and rum consulting services. "Got Rum?" Magazine is back in circulation, get your free copy HERE.
Posted by Luis Ayala at 2:56 PM