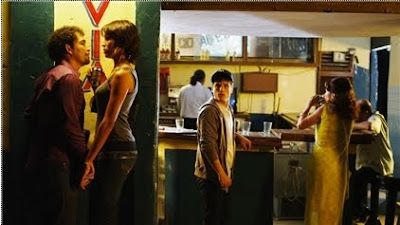 (By Ben Bold) M&C Saatchi Paris and its client Havana Club have created a feature film called '7 Days in Havana' about life in the Cuban capital city in 2011.

The film, which was co-financed by the Havana Club-owner Pernod Ricard, was shot in Havana during the spring.

Each of the seven parts was directed by big names from the film world, including actor Benicio Del Toro and directors Gaspar Noé and Laurent Cantet. Each film depicts a day of the week in Havana.

M&C Saatchi, which was responsible for producing the rum brand's 'Nothing compares to Havana' campaign, conceived the film in collaboration with production companies Fullhouse and Morena Films.

Click HERE for the complete story. Please visit us at The Rum Shop for all your rum-related needs, including purchasing rum on-line, rum recipes, rum tasting notes, rum event information and rum consulting services. "Got Rum?" Magazine is back in circulation, get your free copy HERE.
Posted by Luis Ayala at 6:32 AM